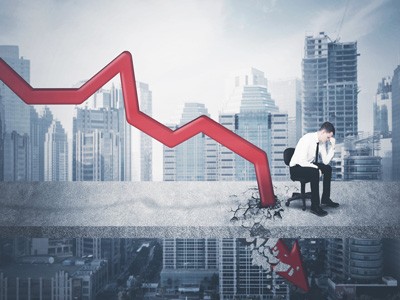 Posted at 07:35h in Investing tips by Quantsavvy 0 Comments
Share

In this article we analyse 2017 performance for quant funds which tended to underperform, the number one cause merely is – the lack of volatility. No movement means no range which in turn means far fewer opportunities.

For more significant quant funds, with the positive attention they received over the last decade we find they attracted too much money too quickly and more people who use the same strategy will ultimately see a deterioration of its edge over time. The markets over the last decade have been a machine utopia but, as the competition has increased the machines are starting to skirmish with each other. Robots trading against robots is what the future of quant funds has become, and the prize has been getting smaller with each subsequent year.

Putting the big quant firms aside, how do the small algorithmic trading systems hold up?

The smaller companies often are far nimbler than the substantial quant funds; they utilise strategies which revolve around liquidity and usually will have a maximum ceiling on the total capital which can be utilised. Still, 2017 was deemed to be a challenging year, again mostly attributed to the low volatility.

From our own experience, we utilise a portfolio of systems which are in turn market neutral. In a day trading setting where volume is highest, our robots can get in without creating so much as a splash and get out unseen from the prying eyes of other much more prominent robots.

We will base this on systems which trade one of the most liquid markets on earth, the Emini S&P 500 Futures market (ES) – which trades on the Chicago Mercantile Exchange. In all this analysis we have the following criteria:

1. Our results show data for the ES futures markets

The VIX chart above shows another record for 2017 by setting the lowest volatility ever recorded.

The 20 lowest VIX closes have been the following:

With this data at hand, one strategy for smaller investors would be to buy volatility; this strategy can be achieved via VIX Futures, VIX Call options or VIX ETF.

2. Identifying other causes for the problematic year?

Algo trading systems had a challenging year, first as mentioned above the volatility is perhaps the dominant factor. Another reason is the number of down days which stayed down, also known as trend days down. Many Short (make money from downside moves) only systems catch big moves down historically but in 2017 we have seen that time, and time again there were constant rebounds for any potential down day. Any human day trader could adjust quickly to recognise this pattern, and dip buying ensued. See the following data:

Table 2: Trend days down (a day which opened near the high of the day and closed near low of day)

Next factor is trend days up, considering the market has been one of the most one-sided in history we would assume many Long only systems would have performed exceptionally:

Table 3: Trend days up (a day which opened near the low of the day and closed near high of day)

Strangely enough, we find 2017 has the least trend days up in the last decade, this is peculiar considering the market theme. The fundamental reason for this is many days the moves were stolen overnight in which the market gapped up.

Liquidity and Volume for 2017 were extraordinarily low. Low volume causes more slippage and indicates the lack of range and movement. 2017 the underlying market theme was dominated by a consistent daily chop. See the following data:

2017 indeed was a bizarre year, one which I have never seen in my long tenure trading futures markets. Most days were like watching paint dry and therefore many day traders and quants I know went days barely glancing at the stale quotes. Whereas the longer-term charts we have almost a parabolic move up in nearly all equity markets, there is yet to be any real down moves for nearly a decade now! Is this what the massive intervention of Central Banks has caused and what is the end game?

Statistically, we find it hard for this type of year with all its extremes to transpire again. Our recommendation for both larger and smaller firms alike is to view this very much as an outlier. The historical low volatility has very little chance of being replicated, particularly the 11 down days with over 1%-day trading range – that is so far from the mean it boggles the mind.

Some day traders or quants are diverting their skills to cryptocurrency trading. With these markets now available to trade at futures exchanges can only mean a pick-up volume for these new types of asset classes.

All data suggests that 2017 was a record-setting year and in the wrong areas for day traders.

Sorry, the comment form is closed at this time.